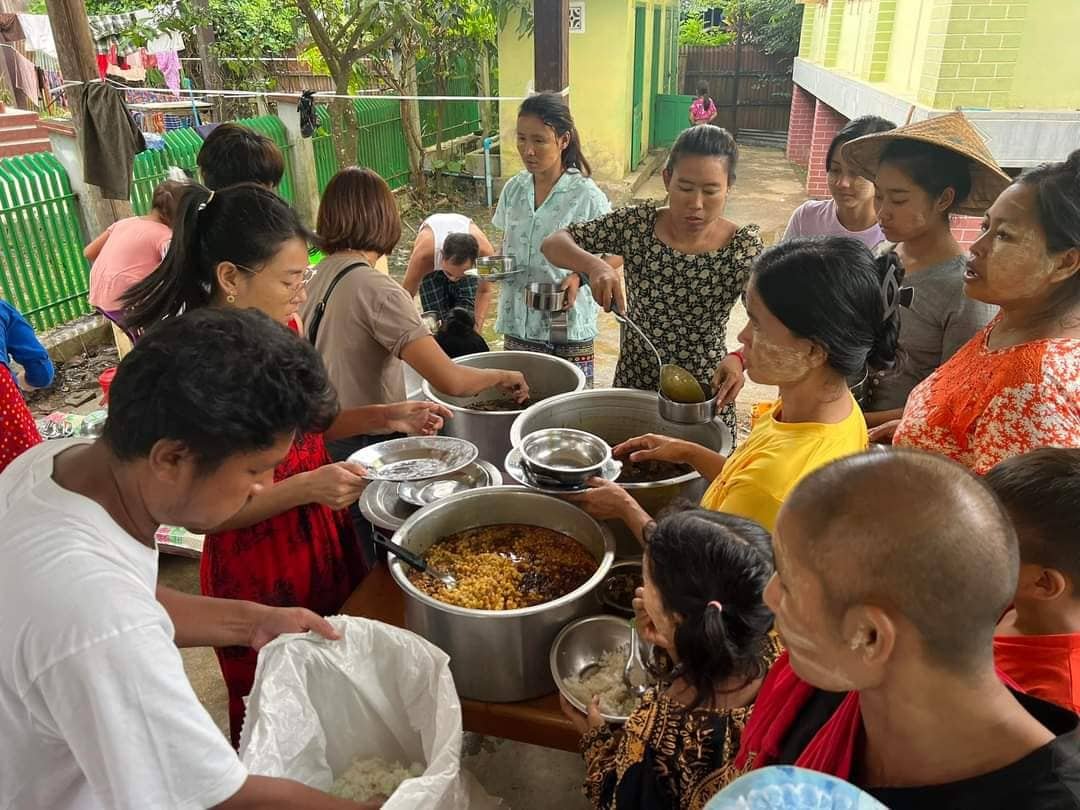 For weeks now, the people of Sel Zin have been unable to return home after being driven out from conflict between the Kachin Independence Army (KIA) and the Burma Army (BA).

”It has been 10 days since they fled, and during that time there has been no fighting,” a volunteer helping them told KNG. He said that the BA stay in the village and prevent the villagers from returning, and do not allow the civilians who stayed in Sel Zin to leave.

When the clashes occurred on 19 July, over 400 villagers sought refuge in three villages.

Although the fighting has stopped, the situation is still ”unstable”, she said. ”The BA are in the village and KIA and People’s Defence Force (PDF) troops surrounding it.” The junta’s soldiers have stopped 1,000 people, or half the population of Sel Zin, from leaving.

As for those who have gotten away, they’ll soon need more aid to survive if the situation doesn’t improve soon.

”At the movement, they are doing OK. However, if they have to live here longer, they’ll face some difficulties,” said another woman who’s helping them. Villagers and volunteer groups have come together to help the more than 400 people who arrived on 21 July.

Fighting in Hpakant Township has continued since the military took over Aung San Su Kyi’s government in a coup nearly two years ago. Since August 2021, The BA has suspended connectivity in the township to obstruct communication between the armed groups and civilians in the area.