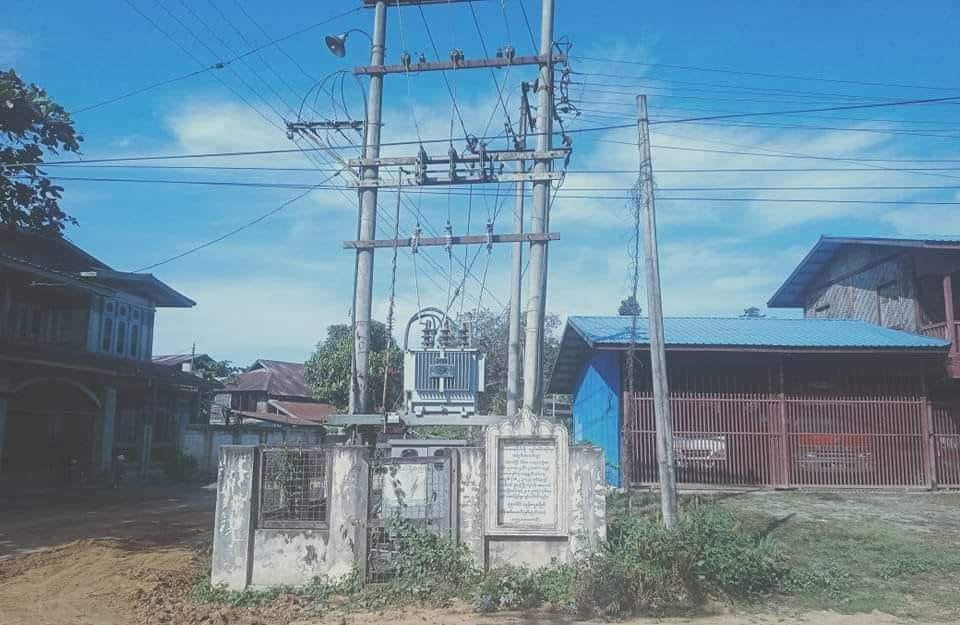 A civilian resistance group fighting the military regime has warned staff at the Hopin electricity department not to overcharge citizens for power.

”They have said that they will cut off people’s electricity. That is why we released a statement warning them not to threaten the residents,” a member of the Hopin People’s Defence Force (PDF) told KNG.

According to the PDF’s statement, the problem began after municipality staff started billing residents without checking their meters since December. The PDF member said the group will take action if the problem is not resolved, without saying how.

A resident of the town in Mohnyin Township, Kachin State, who asked that her name not be mentioned, said she was billed 6,000 kyats ($3) per month but no one came to her house to read her meter.

Another woman, who also wished to remain anonymous, said that the town had threatened residents but had not yet cut off anyone’s electricity. “Some people have paid their electricity bills, others have not,” she said.

Last Thursday, the junta-controlled Ministry of Electricity and Energy issued a statement warning of power cuts between 7am and 11pm in some areas of the country, recommending that people replace lights with LEDs and turn off electricity when it is not needed. The Hopin PDF issued its statement the next day.

After the military overthrew the government almost a year ago, civilians across the country formed PDFs under the National Unity Government formed by politicians ousted during the coup.